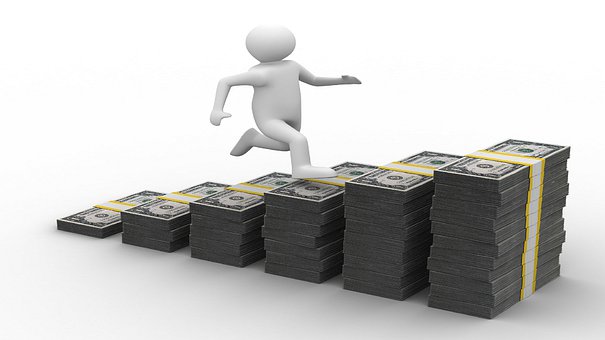 If one follows the media reports of late about the rise of China or the BRICS countries, then the end of the supremacy of the USD as the world reserve currency seems only a matter of time. In this article, we will take a closer look at whether such a change is realistic or just wishful thinking on the part of some groups.

What characteristics does a global currency need?

For the currency of a country or bloc (like EU) to be considered as a world reserve currency, three criteria in particular must be met.

Until World War II, international trade was mainly possible within the sphere of influence of the respective empire. The Royal Navy of the British Empire thus ensured the safety of its own merchant ships and those of its trading partners. The French fleet had the same task for France. Globalization as we know it today would never have been possible under these circumstances.

After World War II, however, there was only one strong fleet left in the world; the US Navy. Out of strategic interests, the US offered a unique deal to the world in the fight against communism. Security on all the world’s oceans for all friendly nations. For the first time in history, even small countries without a strong fleet suddenly had the opportunity to offer their goods on the world market at fair prices. This was the birth of today’s global economy. To this day, the fundamentals have not changed; to this day, security on the world’s oceans for world trade is primarily ensured by the strongest presence of the U.S. Navy.

To make this very clear for every reader. Even in 2023, the U.S. Navy is stronger than all other fleets in the entire world combined. Each of the 11 U.S. supercarriers is stronger in its own right than most navies and air forces of many nations. Here’s a global navy ranking: http://www.military-today.com/navy/top_10_navies.htm

The world currency must be seen as valuable by the people. People must trust this currency more than their own local currencies. For this to happen, the currency must have demonstrated relative stability over a long period of time. It must therefore be relatively stable in value against other currencies (less so against commodities, such as wheat or gold) over time.

Other major currencies, such as the ruble (Russia) or even the yuan (China), are much, much worse. Even at the height of the FED’s quantitative easing in the U.S. during the SARS_CoV_2 pandemic, the fresh money supply in the U.S. only accounted for about 20% of the money printed in China. On average, the CCCP (Chinese Communist Party) actually prints between 500% and 700% more fresh yuan money compared to the USD.

Euro countries such as Italy and Spain also regularly had double-digit annual inflation rates before the Euro. Other large countries, such as Turkey or Argentina, repeatedly struggle with periods of extreme inflation of 90% PER YEAR.

Why the Guarani (PYG) of Paraguay is the most stable currency of South America is explained in detail in the Investor’s Guide Paraguay.

The money of the whole world

The world currency must be created in sufficient quantity for the whole world. This happens by physical printing of banknotes and above all, the digital creation of bankmoney in an enormous extent.

The size of the entire world economy is in the range of 10,000s of billions of USD per year. In order for there to be truly sufficient capital in the world currency for all, the world power must be prepared to have a large trade deficit with the world every year.

It will export the world currency in exchange for goods and services to all other countries. This puts a lot of pressure on the economy at home. If the domestic economy is not very strong and very, very large, then this can quickly become a problem. Small countries with extremely strong currencies, such as Switzerland, can understand this problem well.

A country whose economy is designed for export will never be able to provide the world’s currency. Even with a less expansionary monetary policy from China, the yuan would not be a suitable replacement for the USD. Beijing is too dependent on exports. The same applies to the euro area with export world champion runner-up Germany.

Both have far too few young people for domestic consumption due to aging and have to export most of the goods and services produced abroad. MUST is the key word here, since it is primarily young people between the ages of 20 and 45 who carry consumption and the economy. However, these young people have simply not been born in numbers in the last 40 years. This is a problem that Japan has been struggling with for more than 20 years.

The USD remains the only alternative

Corresponding reports in the media or YouTube can therefore be seen as what they ultimately are: Wishful thinking of people who reject the USA for ideological or economic reasons.