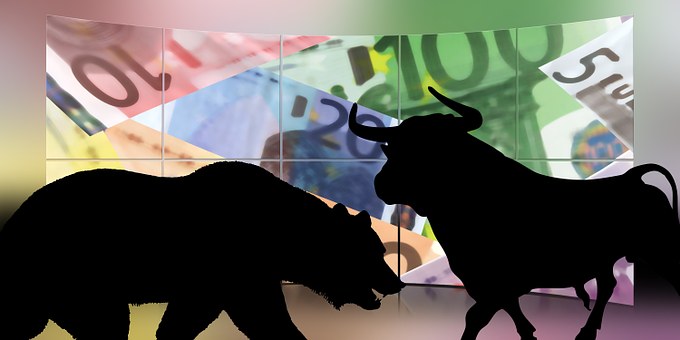 The year 2022 has brought many changes in Paraguay

As I write this article, the year 2022 has only a few days left. A good time to review the very eventful year 2022. On the one hand with a focus on Paraguay, but also on many events in the world. Anyone who looks at the events of the recent past objectively has the advantage of being able to anticipate future developments in 2023.

The year begins with a surprise

Right at the beginning of the year there were not just one, but two surprises in Paraguay. Completely unexpected and without prior notice, proof of a SARS_CoV2 vaccination was required on January 10th, 2022 for entry into Paraguay. With this regulation, entry was no longer possible for many people outside of sourth america without vaccination certificate.

This was a surprising and sometimes shocking development for many emigrants with a critical attitude towards the new type of mRNA vaccination. Anyone who already had a residence permit could still enter the country without a vaccination certificate. Unfortunately, those who wanted to apply for residency were not so lucky. As a result, quite a few people had to postpone their emigration plans or had to get a vaccination certificate.

The apostille is now valid between Germany and Paraguay

At the same time as the introduction of proof of vaccination upon entry, the German Federal Government has withdrawn its objection to the apostille with Paraguay, which has existed for many years. This means that the apostille has also been valid between Germany and Paraguay since January. The authentication of documents (such as birth certificates) has thus become much easier for people in both countries.

A corresponding request from Paraguay was only answered negatively by Germany in May 2021. However, on January 6, of 2022, the federal government made this offer to Paraguay on its own initiative. I am (almost) certain that this change in opinion on the apostille in Germany and the legal regulation for entry (proof of vaccination) to Paraguay were, by pure coincidence, a simultaneous development.

The end of the pandemic in Paraguay

On April 18, 2022, Paraguay officially declared the health emergency over due to the SARS_CoV2 pandemic. As of this date, all measures (such as the obligation to wear masks in public buildings) were lifted. Since then, it has also been possible to enter Paraguay once again without proof of vaccination.

This is remarkable considering that many other countries such as Germany or Austria have unfortunately not lifted the health emergency to this day. The measures there are only suspended. This would allow reactivation of many restrictions there quickly and without problems.

With the start of the war in Ukraine on February 24, 2022, the attention of politicians and the media changed drastically. Up to this point, the SARS_CoV2 pandemic and the importance of a high vaccination rate was the dominant theme.

With the beginning of the war, this changed very quickly. The images from the war zone have replaced the images of the pandemic. Politicians’ calls for vaccination were replaced by promises of support to Ukraine. The aid money to the domestic economy in Europe to deal with the pandemic was converted into aid money and weapons donations to deal with the war in Ukraine.

The western world has received a new image of the enemy. President Putin has supplanted the virus and is the new scapegoat of many Western countries and all NATO members.

High double-digit inflation in most of the world

Many goverments and many more people will have to deal with high inflation in 2022. High inflation means that everything you need to buy becomes more expensive. These price increases of sometimes more than 10% are a great burden for many people, since their income and their savings have not increased by 10%.

In Germany, the self-inflicted energy problem is added to this problem. Voluntary reliance on very expensive renewable energy sources such as wind or solar power and cheap Russian natural gas has proven to be a blunder. As a result, German households have to live with an electricity price of up to 60 cents per kWh, while in Paraguay you only pay around 5 cents per kWh.

Central banks have as one of their main goals the maintenance of stable prices. Typically this means an inflation rate in the range of 2% per year. This value was significantly exceeded for 2021 and 2022, and the central banks in the USA and also in Europe were therefore forced to raise interest rates.

In Paraguay, this development was recognized early on and the interest rate hikes began as early as August 2021. The interest rate was raised from the original 0.75% to the current 8.50% and has now been stable for several months.

The USA with currently 4.50% and the ECB with 2.50% have also increased their interest rates quite a bit. This represents a departure from years of zero interest rates. For many borrowers, this means higher interest rates on their loans. This affects both indebted companies and private individuals who want to take out a loan. Real estate in particular reacts very sensitively to rising interest rates and quickly loses value. But financial investments such as stocks and bonds also come under slight pressure in an environment of rising interest rates.

For many investors, this is a good time to invest money in Paraguay with high returns.

The elephant in the room is the food price theme for 2023 (and even more so for 2024). The world is currently still consuming the 2021 harvest, which was very good. It will be a little less good for 2022, as the war between Russia and Ukraine has partially eliminated two very large exporters. As a result, rising food prices are to be expected.

To make matters worse, Russia and Ukraine are/were also very large exporters of fertilizers. Compensating for this loss worldwide does not happen overnight. Here one expects at least 2-3 years, if it is at all possible. Without these fertilizers, much lower crop yields are expected in countries like Brazil or China. Another factor that will increase food prices.

A new wave of refugees to Europe?

This development is annoying for people in Germany or Austria. But for the people in China, India and especially North Africa, this is an existential threat. These poor people can already hardly afford their food. If food prices continue to rise, a problem of hunger can be expected in these countries. As a result, there could be a refugee movement that will make 2015 look like a walk in the park. We remember – at that time there was an increase in the price of wheat in Africa of only around 15%. We are already exceeding this figure.

But when food prices rise, there are winners too. These are the countries that export food. When prices rise, these producers receive higher yields. One of those winners might be Paraguay. Paraguay exports a wide range of agricultural products. The beef is famous, which is considered one of the best beef in the world. In 2022, record harvests of corn were brought in, which even pushed soybeans out of second place (behind beef). But wheat, rice, peanuts, sugar and many other products are also successfully exported.

Many companies in agriculture will probably achieve record results in the coming years.